Gratitude is considered a spiritual practice along with forgiveness and prayer. When we practice it, we are happier and more positive and much more. In Unity, Jesus is considered our way shower and a brother as opposed to a God that we worship. We worship God as the one power and one presence in our lives.  Jesus, in the New Testament, Jesus was always giving thanks.

He would give thanks in advance before he performed a miracle. Always teaching by example, he gave thanks out loud to God in public. Rev Felicia Searcy writes in her book, Do Greater Things,” Giving thanks in advance primes us to receive what we desire, a desire that is already fulfilled in the invisible realm. It enables us to cultivate enough belief to make the seemingly impossible possible.”

Felicia says that Jesus “saw gratitude not as the effect, but as the cause.” In the well-known story of Jesus feeding the five thousand, he blesses the fish and the bread that only filled a small basket. He could see beyond the appearance of five fish and two loaves of bread that there was much more supply than that. He asked believing in the all sufficiency of God, giving thanks for what he had and then collected what was provided in abundance that fed 5000 people.

Felicia writes, “Blessing something with the power to confer goodness is another way of saying ‘thank you’ in advance. … As Jesus showed us, in order for our thanks to be effective, we must ask from a state of trust or belief that our requests will be fulfilled.”

Gregg Braden, who wrote the book, The Isaiah Effect, talks about how events can be altered in time using quantum physics. The moments in time are called choice points. “A choice point is like a bridge making it possible to begin one path and change course to experience the outcome of a new path…. we can alter a path and an outcome by changing our belief about a situation.”

I may have mentioned this before in that it all begins with our thoughts which of course form what we believe. Charles Fillmore, Unity’s co-founder, called his thoughts, thought people. He believed they had intelligence and life. By praising these thought people, it would get carried to all parts of our body and reflect into the world through our aura.

Like Jesus, through thanksgiving we can raise our thoughts, thought people, to the level of consciousness where things become manifested.

Giving thanks in advance, trusting and believing it can be so, knowing God, the source of all substance and supply will provide it. 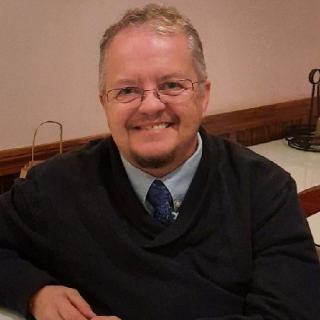 Living Unity's Practical Christianity is a spiritual way of Life